I did a few automation scripts (selendroid/Appium) for native and hybrid apps. With quite a few game apps UI elements can’t be identified, detected and controlled using standard automation commands due to the ways the respective game engines display graphics. I looked out for a way to write automation scripts for these kind of apps nevertheless and found an approach using image recognition.

In the test I used image recognition primarily as flow control. The positions were taken from a reference device and are automatically adjusted by the script to match the resolution/viewport of the connected device. Since with AR-K gameplay objects rarely move, detecting the position of such an object is unnecessary but would slow down the script. The loading times on the other hand depend on the used device so a test script won’t work without some kind of flow control.

The test script runs the first scenes of the game including basic gameplay controls (dialogue, take objects, use object from inventory, scroll location).

The script is structured in different “layers”. The top “layer” is only a list of simple gameplay/flow control commands. The actual image recognition is controlled in lower “layers”. Packages & classes are arranged accordingly. 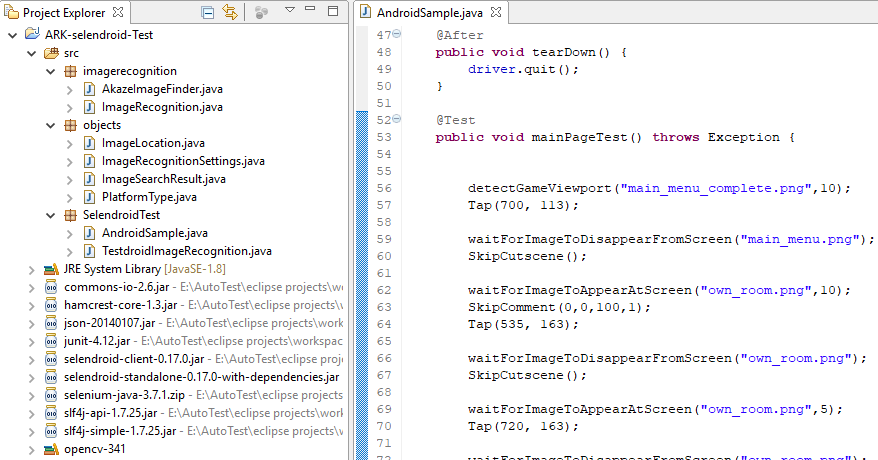 videos of devices controlled by the script