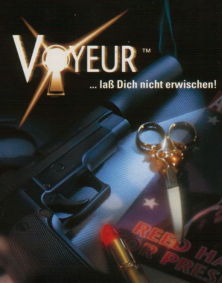 The game with the misleading title (it’s about spying at a presidential candidate and his quarreling family to prevent that someone gets killed) was only released in english for the PC. A german version was only released for the CDi. This version has a lot of flaws if you try to run it with a CDi emulator.

I’ve created a patch that merges the english PC version and the german CDi version to a german PC version that can be played with ScummVM. Since a handful of terms are hardcoded in the ScummVM code instead of being read from the game resource files I’ve created a slightly modified ScummVM version as well. 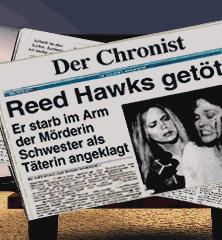 If someone is interested in the tools to copy text and graphics from or to the Voyeur .BLT files or to exchange the audio/backgrounds of the .RL2 videos just contact me.